We owe all our supporters a huge thank you.  Without you we could not help our local children and families.

We would like to say a very special thank you to those who have made donations and awarded us grants. These generous contributions have enabled our music groups to continue running. Our kind supporters include:

We have also received huge support from donors online - thank you to all the individuals.

We simply couldn't continue our work without this support. If you would like to help - visit our donate page.

We have been supported previously by a range of people and organisations:

Asda in Long Eaton selected us as one of their community causes ...we won the £200 for collecting the most green tokens! Thank you to everyone who put their tokens in our box...and to Asda for a great scheme.

White House Nursery in Alvaston, Derby, chose Speech Sign and Song as their good cause. They held a great garden party and the proceeds came to us!

Jude Dalton (E's dad) raised a 'staggering' £800 for Speech, Sign and Song by running the Robin Hood Half Marathon. Thank you so much Jude! 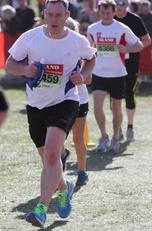 A big thank you goes to: Hangabout. Sandy Prevezer paints personalised hangers and gives the profit to Speech, Sign and Song! They cost £5 each and can be decorated in any colour scheme and a wide range of designs, with dates or messages as required. They make ideal presents for a new baby or for Christmas.